She’s bad at love, but he’s even worse…

Marina is hot, blonde, and wickedly smart, but when it comes to men? She’s hopeless. Between her quirks and her lack of filter, there isn’t a man in Los Angeles that will stick around after the third date.

Her handsome, charming friend Lazarus has the opposite problem. Everyone wants to be his girlfriend, but he gets bored and moves on quickly.

There’s only one way to figure out why neither of them has cracked this love thing– they’ll date each other. On paper, it’s the perfect experiment. But in reality, things between Marina and Laz get complicated quickly.

They might be bad at love, but they are even worse at being friends.

Is it even possible for Karina Halle to write a book not worthy of a 5 out of 5 stars? I don’t think so! So far I’ve read six of her books and every single one has been a knock out of the park. Actually, Bad At Love might be my favorite book by Karina Halle along with Racing The Sun. I’m such a sucker for quirky characters and friends to lovers stories.

Marina is a beekeeper. I’ve never read a book where the main character has such an unorthodox job and it was amazing. I learned more about bees while reading this book than I’ve learned in all my twenty years of life. I love that aside from being a very original factor in the story, it fits Marina’s quirky personality like a glove. I can’t imagine her doing something more common.

Laz is a poet. He’s also British and is the lead singer of Magic 8 Ball. I don’t why for some reason I thought he was going to be a bad boy if the synopsis says he’s charming and mentions nothing about him being bad. Turns out he is way more than just charming. He’s sweet and fun… and a serial dater. He doesn’t go around sleeping with a different girl every few days, he dates for a few months and he’s never single. I’ve never read about a character quite like him. I was afraid I wasn’t going to be a fan of him but it turned out quite the opposite.

Let’s talk about Laz and Marina’s relationship for a second. They are the cutest and hottest couple ever. They’re both hard workers and very driven. Laz has a poetry book coming out and Marina knows everything there is to know about bees, she’s the best at what she does (says the girl who knows nothing about bees).
You can feel the powerful connection between them even when they’re just friends. Their banter makes it impossible to even think about putting the book down. I don’t think I’ll be able to forget them anytime soon.
Also, here’s a plus. They have a fake relationship. Y’all know I love those so I almost freaking fainted when I read that part. They steaminess nearly killed me.

This entire book is a breath of fresh air. Just when I thought I knew how the story was going to go, it surprised me by taking a different—but not crazy—turn. I shouldn’t be surprised by how versatile Karina’s writing is after reading six of her books but I don’t think I’ll ever stop being amazed by her talent. Every book by her is different from the other and I swear she has something for everyone. If this book doesn’t sound like your cup of tea, definitely check out the rest of her books because you’ll find something for you.
But just to be clear, I really think you should pick up this book right about now. It’s GREAT.

The place is called Tanner Smiths and is one of those trendy bars with a prohibition theme. It’s packed and dark and there’s a small dancefloor by the door so that when you walk in, you’re sucked into a group of people grooving all up in your space. Beyonce blares from the female DJ in the corner and everyone is drunk and happy.

“What?” he yells back mockingly over the noise, cupping his ear. Then he leans in, close. Very close. “What you havin’ to drink, sweet girl?”

His breath is hot on my ear and I momentarily close my eyes, letting the feeling sink along my skin, down my back, all the way to my toes. “Anything,” I manage to say.

I open my eyes and his face is still at my neck, lips at my ear. “I had no idea you were so easy to please,” he murmurs and I swear his lips are grazing my skin. Goosebumps spread and I’m hot and cold all at once.

My throat feels thick as I speak. “Only when it comes to drinks. Anything else, you might have to work at it.”

“Is that so?” he says, pulling back enough to look me in the eye.

There’s fire inside him. God, how I want to burn.

His languid gaze drops to my lips, his nostrils flaring with impatience.

Fuck, do it, just fucking kiss me.

He leans all the way back, gives my hand another squeeze before letting go. “Don’t you dare go anywhere.”

“You have no idea,” he says. Then he winks, a bit of a smile, and heads down to the bar to place the order.

I watch him. I watch him and I watch the girls in the bar watching him and I know tonight, tonight he’s mine. I have him.

I’ve never felt so alive before, a swarm of electricity underneath my skin, my heart happy, happy, happy with anticipation, knowing what might finally happen between us. 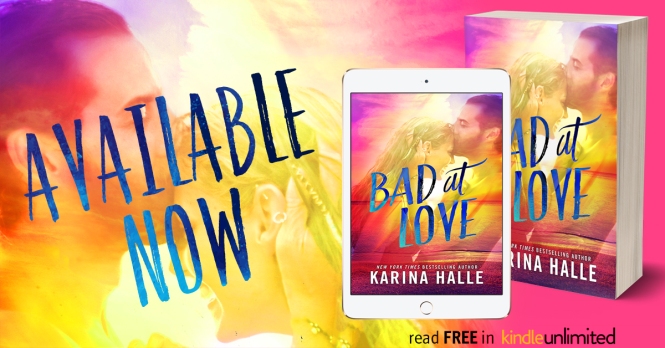 Review: Burning Up by Jennifer Blackwood (Flirting with Fire #1)