A FORBIDDEN LOVE SET IN THE EXPLOSIVE WORLD OF THE NBA…

Think you know what it’s like being a baller’s girl?

My fairy tale is upside down.

A happily never after.

I kissed the prince and he turned into a fraud.

Now there’s a new player in the game, August West.

One of the NBA’s brightest stars.

He wants me. I want him.

But my past, my fraudulent prince, won’t let me go.

Let me tell you something. Kennedy Ryan writes the most heart wrenching, real, romantic, emotional stories you will EVER read. Her books are the meaning of a roller coaster of emotions. I bet she invented the dang thing. And it sucks because some of her words hurt like a stab to the heart (not that I’ve experienced that but you know, what I image it feels like) but it also feels amazing because she might break your heart into tiny little pieces but she ALWAYS finds a way of picking up all of those pieces a gluing them together.

I bawled my eyes out for the first half of this book. When I say bawled, I mean I cried until I was left hyperventilating. The kind of crying that leaves you breathless and makes you feel like you need to hold yourself together because you are falling apart. It wasn’t pretty. It was as intense as it can get. There’s domestic violence, abuse and more things that I don’t even want to remember. It can definitely be triggering for some people. I had to skip some parts because it is GRAPHIC. Kennedy didn’t hold back when writing those parts and she deserves a standing ovation because I can’t even imagine what it took to write those parts of the book. I’ve never felt so angry, frustrated and desperate for a hero and heroine to get their happily ever after. I felt like my head was going to explode from anger any second — it blows my mind how some people can be so damn heartless and evil. And it blows my mind that Kennedy was able to make me feel all of those horrible feelings and still give my heart a reason to be happy and swoon again when I thought I was going to be frustrated/angry until the end of the book. She was somehow able to tame my crazy feelings.

The second half of the book is badass, amazing, hopeful, beautiful and heart wrenching. Reading it was definitely easier than the first half. It wasn’t all hearts and flowers and perfection but more of a process of getting my (our) heart(s) back together. Life finds a way of giving every character in this book what they deserve, good and bad, and that made me incredibly happy.

The heartbreaking part of this story is it is not fiction, what happened in this book unfortunately happens to a lot of people in real life and it is important to speak up and create awareness about this issue.
I hope y’all pick up this book whether you are a fan of romance or not. It is such a powerful book written by a wonderful person.

Enter the giveaway for a $100 Amazon GC Today! 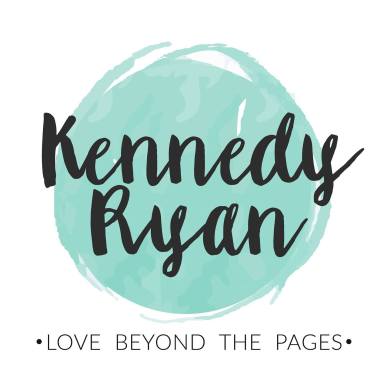 Kennedy Ryan is a Southern girl gone Southern California. A Top 100 Amazon Bestseller, Kennedy writes romance about remarkable women who thrive even in tough times, the love they find, and the men who cherish them.

She is a wife to her lifetime lover and mother to an extraordinary son. She has always leveraged her journalism background to write for charity and non-profit organizations, but enjoys writing to raise Autism awareness most. A contributor for Modern Mom Magazine, Kennedy’s writings have appeared in Chicken Soup for the Soul, USA Today and many others. The founder and executive director of a foundation serving Atlanta families living with Autism, she has appeared on Headline News, Montel Williams, NPR and other media outlets as an advocate for families living with autism.

Review: Reasons I Fell for the Funny Fat Friend by Becca Ann

This site uses Akismet to reduce spam. Learn how your comment data is processed.